Tip Tuesday takes on a different approach this week in that I am going to share with you a tip in the form of food! A recipe, I’m sharing a recipe…

Now there is a rather long-ish back story as to why I am trying so hard, and if you know me you know how long winded I can get, so I’m going to spare you the reasons and just TELL you that I have been on the search for high protein foods/food ideas to keep my protein intake up, without having to eat chicken + tuna + fish in every single meal. I tire of scrambled egg whites, yet go back to it often as it’s easy, low in fat and high in protein.

Another thing you might know about me is also how much I enjoy playing around with things in the kitchen! So that I did, and here we are.

These bad boys pack a whopping 37g of protein for the entire dish. Seeerrriiiously. 49g Carbs, and only 4.3g of fat! Now if you track your macros or just don’t care for the amount of carbs, omitting the banana should bring your carbs down to about 30g… but then ummm… you wouldn’t have a banana…

What you’re going to need for the French toast

What you’re going to need for the “glaze”

What else do you need?

All right are you ready? Make some French toast.

Put your 4 egg whites in a shallow dish and beat in your cinnamon and soak your bread. I did throw a tiny 1/2 tbsp of evoo  into the pan to cook, (mostly because even in my non-stick pan egg whites like to stick for me) but this is totally optional. You could use coconut oil instead or even butter or nothing at all, up to you! I cooked them over medium heat until all the way not-slimmy-anymore (technical term) turning them once over.

While they cooked I got the “glaze” ready. Really simple, easy peasy. Toss your protein powder and peanut butter powder into a bowl. I whisked the water in 1 tbsp at a time so I could get it to a glazey consistency. I did add the coconut sugar after the fact because our protein powder IS already sweetened slightly with stevia and I wanted to avoid making it too sweet. 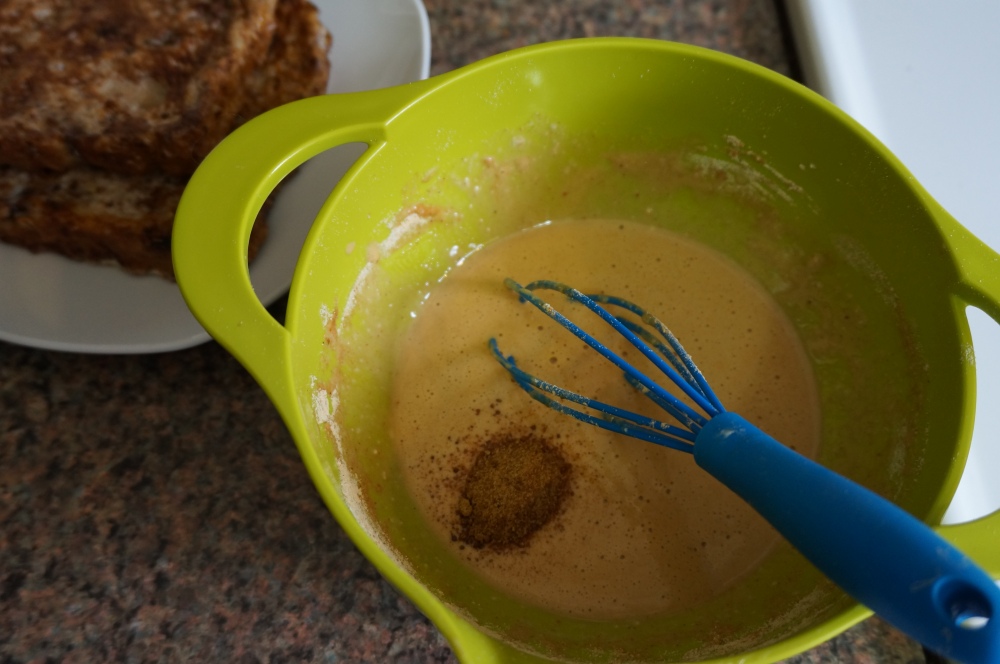 Put it all together!! Now the numbers I gave you only include HALF the amount of peanut butter glaze made, if you wish to use the whole shebang have at’er, if not just store it away and use for whatever you’d like later!

I drizzled some on the bottom slice of French toast, and aaaallllloooott on the top one, added my sliced up banana and sprinkled on my chia seeds (full disclosure? It was mostly for photo purposes, the amount of chia seeds used really doesn’t had a whole HEAP of nutrients to the dish).

Seriously though, this was delicious, filling, and everything I wanted to be, and best of all NOT scrambled egg whites… 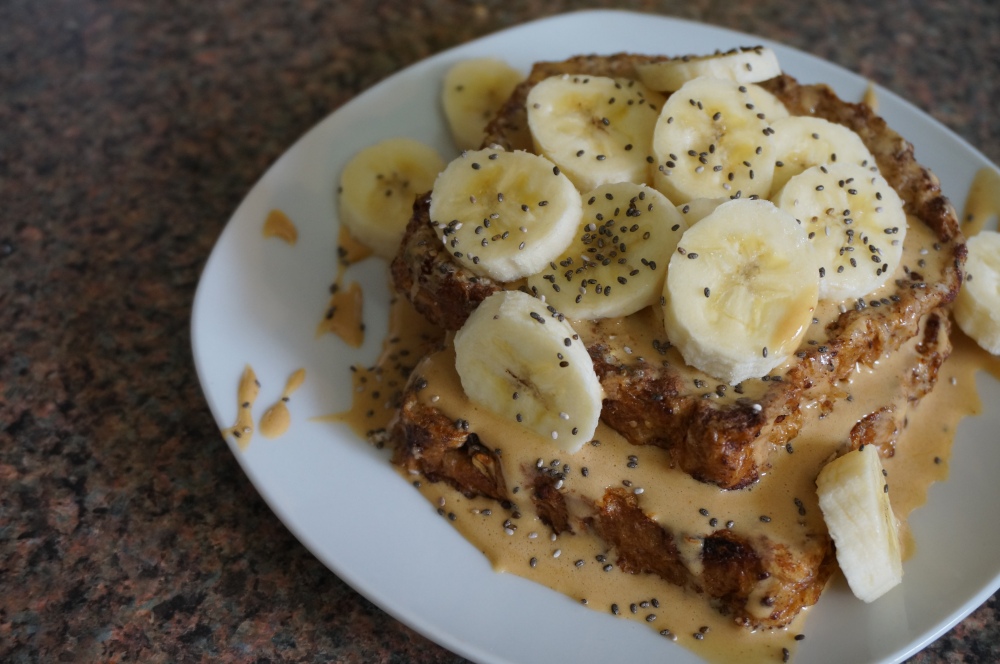 *I’m not ENTIRELY sure what switching up the type of protein powder used will do to your consistency. Something like a hemp protein powder, which is not too water soluble, may not work well here.